A History of Growth and Commitment

The ABI Endowment Fund was created in 1989 to provide resources for research and education. ABI has transferred $6.8 million in general funds to the Endowment, making it the largest single source of support. The Endowment Fund is directed by ABI's Vice President - Development, Christopher A. Ward (Polsinelli), with the assistance of a Development Committee. The Fund has grown significantly and now totals over $9 million.

The Endowment funded the Commission to Study the Reform of Chapter 11 (the Final Report) , a three-year comprehensive study of how to reform and modernize the process in corporate cases

Over 8,200 ABI members have made contributions to the Endowment. Contributors are acknowledged in the ABI Journal, Web site and at Meetings.  Significant donors are also acknowledged at major ABI meetings. Members who contribute at or above the Benefactor ($5,000 and up) who are attending the Annual Spring Meeting are invited to a special event and other exclusive gatherings during the year.

To make a donation, or for further information on the ABI Endowment, please contact ABI at (703) 739-0800 or send an email to [email protected]

What Does Your Donation Fund Each Year?

* Study on Effectiveness of Financial Education

* Examination of Impact of ACA on Bankruptcy Filings

* Study of Why Individuals Choose to File for Chapter 11

* An empirical study of the use of substantive consolidation in chapter 11 cases.

* A Study to compare the efficacy of credit counseling vs. traditional counseling

* Study to determine the profile, causes and consequences of consumer bankruptcies in Memphis

* An examination of Claims Trading in Chapter 11 Cases

* Studies of the Impact of BAPCPA 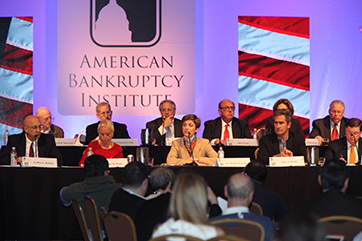 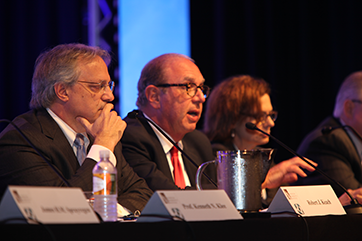